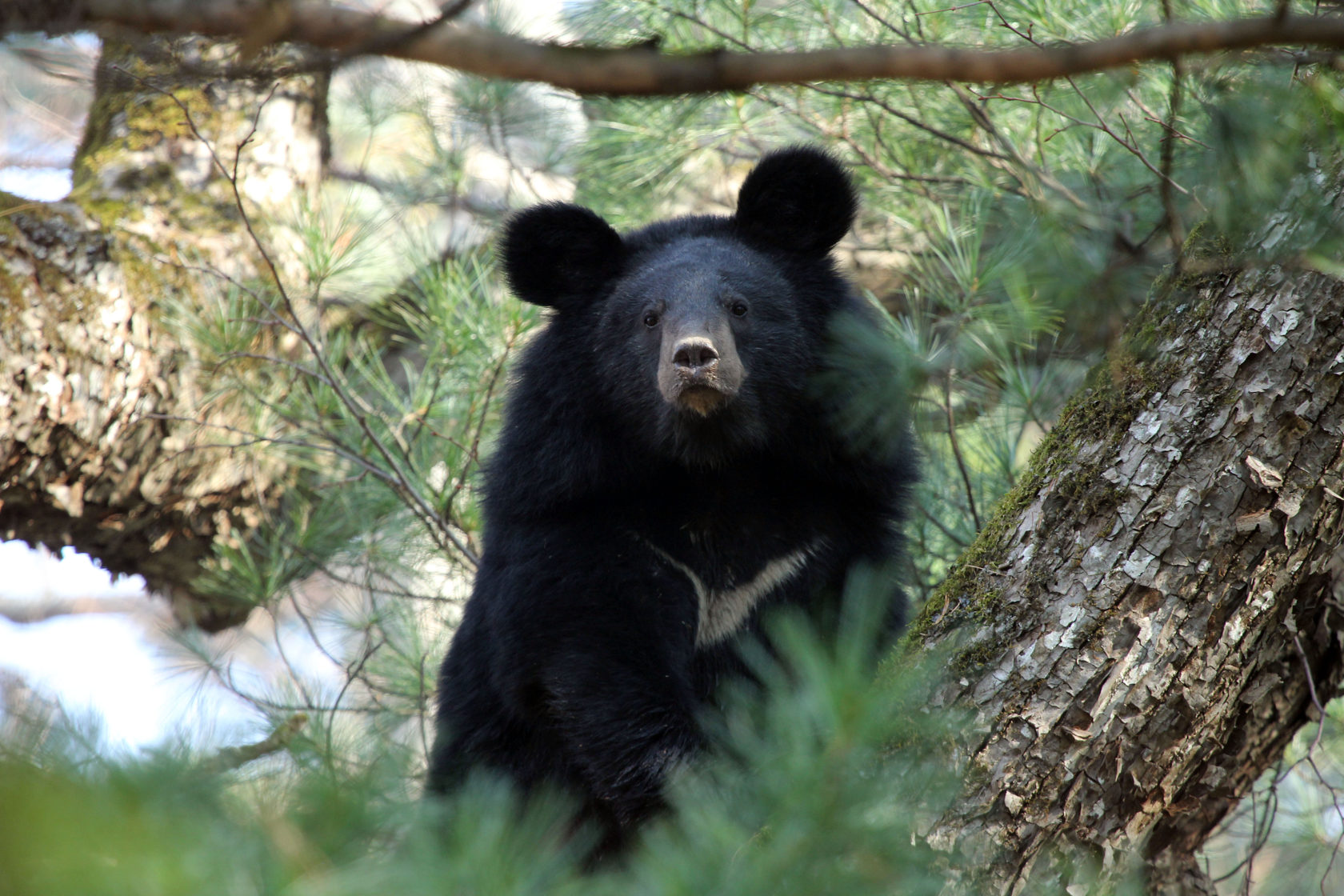 A Spirit of the Forest
About the film
Our goal is to uncover the hidden mysteries, to trigger the urge of preserving the magic and the life of the ancient forest: the main protagonist of our stories. This time we follow the inhabitants of the Ussuri forests in the Russian Far East — Ursus thibetanus — the Asiatic black bear. The Asiatic black bear is one of the largest and, at the same time, one of the most elusive mammals. The bear will guide us through the enchanting world of the ancient forests.
During a whole year of observing the bears, we will show the hidden connections between a lone tree, an animal and the whole ecosystem. The viewer will be given an opportunity to peek into the ancient home of thousands of beings, to experience the pace of the inhabitants' lives, to feel the rigidity and delicacy of its construction. Our film will tell the story of the challenges in the demanding life of the Asiatic black bear. We will visit the remaining intact Ussuri forests of Russia where the species is still considered a common occurrence.
Genre
Nature
documentary, family
Country
Russia
Runtime
52 min
Production
LESFILM
Release
2023
With
the informational support of

The protagonist
The Asiatic black bear inhabits the mountainous forests of Southern, South-Eastern and Eastern Asia. Recently, as a result of poaching and habitat destruction, the animal has received the title of 'endangered' throughout the majority of the bear's habitat. The Russian Far East is home to one of the Asiatic black bear's largest subspecies: the Ussuri black bear. The combination of an athletic musculature, powerful shoulder girdles, relatively long forelimbs and a small body size allows for its semiarboreal lifestyle. The bears construct nests up in the trees from broken branches, where they can feed and rest. Forests with a healthy balance of Mongolian oak, Korean pine, acorns and varied nuts play a crucial role in the survival of the species. The bears spend their winters hibernating in tree hollows, where they can remain dormant for up to six months. The arboreal mode of life allows for the bear to escape its main competition and predators: tigers and brown bears, however, as of yet,
not humans.
The threats
The flora and fauna of the Korean pine broad-leaved forests are characterised by the great variety of species with different origins. The 'Southern' and 'Northern' species form a diverse ecosystem of the Ussuri forest which ecologists refer to as 'The Northern Jungle'. Over 90 % of the Korean pine broad-leaved forests are currently exploited by human activities. Every year, the Asiatic black bear is faced with the challenge of occupying even smaller habitats.

Moreover, Asiatic black bear organs are often in high demand on the black market: the feet and bile of the species are used in Chinese cuisine and medicine. And just as the situation is worsening in other countries, habitat loss and poaching have become the main threats for the populations of the Asiatic black bear in Russia.

Locations
Ussuri forests of the Russian Far East at the Sikhote-Alin mountain range and the Primorsky and Khabarovsk regions:

— 'Bikin' National Park of Northern Primorye with an area of 1 160 469 hectares. The land along the Bikin river contains the largest mass of intact Korean pine broad- leaved forest and the largest population of the Ussuri black bear.

— 'Durminskoe' game preserve with an area of 20 000 hectares (Khabarovsk Krai).
Over the past 15 years, the zoologists of our team have been conducting research on the behaviour and ecology of the Ussuri black bear.

Lesfilm's first major project is Kamchatka Bears. Life Begins film directed by Vladislav Grishin and Irina Zhuravleva, which showcases the story of two mother bears and their newborns. This beautiful meditative film brings audience up close to the first and the most eventful year of brown bear cubs lives and their adventures. Kamchatka Bears. Life Begins is a movie that differs from the other nature documentaries. The movie was premiered internationally on February 2018 at the DocPoint Festival in Helsinki, Finland, had been selected for 45 festivals and received 24 awards from special prizes to Grand-Prix at Russian and international festivals in Finland, Slovakia, Canada, Italy, Spain, Germany, Poland, Estonia, Korea, etc., 20 countries total. The film was broadcasted in Russia and Europe, and shown in the biggest cinemas of Russia, Finland, Estonia and Lithuania.